When I was 12 years old, I received the diagnosis of Asperger’s Syndrome, today called Autism Spectrum Disorder, and my life was forever changed in a few significant ways. First, I finally had a name for why I felt so “weird” and socially out of place at time. Second, with a name, I could do something about it right and get treatment. Finally, it gave me a sense of identity, which had previously just been, in my mind, “weird kid”. Well since that time, a lot has changed in my life, but those three things have actually not changed much at all and now, as a 30 year old adult, professional, husband, educator, counselor, doctoral student, and I am sure much more to come, I have not only come to terms with my diagnosis, I have decided that rather than letting it define me, I will instead define it by showing how much people with Autism and other developmental disabilities, like me, really can do! While Autism is a part of the person I am today, it’s not something I am ashamed about and I decided long ago that I would use it to educate others about my experiences and, more importantly, how we can do so much more to help our young adults with disabilities achieve much more than even we think is possible. As I began my career as a Special Educator, a Rehabilitation Counselor, and now a doctoral candidate, I began keeping a list of the things I observed helped me achieve the most throughout my life and these 10 things have come up repeatedly as crucial steps to becoming and maintaining my successful journey of independence…

a. According to Field, Martin, Miller, Ward, and Wehmeyer (1998), self-advocacy is the ability to communicate our talents, skills and needed accommodations to others across different settings, including work, home, school, and even in the community. I would have never made it this far in my life if I wasn’t willing to advocate for what I needed and believed in.
b. An example of this in my life was when I had to decided what career/degree I wanted to get after high school. My parents were very supportive of any choice I made, but I had to voice my desire to be a teacher with my VR counselor because at first she didn’t want me to pursue that route. I told her that I know I could do it and I was going to pursue a degree in Special Education with or without her support, but I would much rather do it with her. She agreed and VR helped me get my degree in Special Education.

a. According to Campeau and Wolfman (1993), self-determination is the ability to choose and enact choices to control one’s life-to the maximum extent possible-based on knowing and valuing oneself, and in the pursuit of one’s own needs, interests, and values. I think of self-determination as “taking like by the horns” and making purposeful, specific choices about everything from where you’re going to live to who you’re going to date/wed.
b. An example of this was a time when I had to move to a new city to pursue a great job opportunity with my wife. We not only had to make the choice to move, but my wife and I had to take purposeful action to make it happen and we had to take a risk because she didn’t have a job lined up. It was a bit scary at first, but things worked out very well and I don’t regret my choice at all because I love living where I do now!

a. My own personal definition is that motivation is the internal, super power of any person, with or without a disability, who takes action and works hard to achieve and not be discourage when it gets hard. This can be encouraged and explained by our family and friends, but it cannot be forced upon anyone because it comes from within.
b. To put it simply, motivation moves mountains and can change the world. I have been
motivated to achieve my doctoral degree, something that has challenged, changed, and
shaped me, but I am not just 3 months away from that and what seemed so far away and
impossible is now right around the corner.

a. Accommodations are simply what you need to be successful at school, at home, on the job,
or in the community. The hardest part is asking, but I’ve learned people that ask for help
usually get it and succeed, while those who don’t continue to fail, get frustrated, and give
up.
b. When I first starting working, I had to ask an employer for an alternative work schedule
because medication I took caused me to be very drowsy and unable to drive early in the
morning. It was tough and I didn’t want to ask and be a pain to my boss, but once I asked
and explained it, they not only agreed, but they actually thanked me for being honest and
open with them.

a. Disclosure is simply how you choose to tell other people about your disability at school, at
home, on the job, or in the community. I had to get over being afraid of this and when I
need to, I have disclosed and gotten the help I needed.
b. This is a tough one because I feel employers still do practice unintentional discrimination
towards people with disabilities in the hiring process. That said, I’ve had to make the
decision with each job I’ve had weather to disclose or not disclose my disability. Sometimes
it’s been better not to, but other times, I’ve needed help and that was the only way to get it.

a. Soft skills are simply the way in which you relate to and interact with other people, also
called social skills outside of the workplace. This is so important because even a really smart
and/or hard working person won’t succeed if they can’t learn to get along other people and
be pleasant to be around.
b. To get to the point in my life and career now, I had to learn and practice appropriate social
skills, even when they took a lot of time and effort, because what I’ve learned in life is that
to be successful you must attract people to you, not repel them and to quote the old saying,
“you catch more bees with honey than vinegar”.

a. Hard skills are the teachable abilities or skill sets that are easy to quantify, for example thing
such as college degrees, training classes, etc. These are also important because without
them, you may not succeed even if you’re a hard worker and get along with others. At the
end of the day, you still must be able to do your job, pass your classes, and keep your house
clean.
b. Hard skills have never been a challenge for me because school and book knowledge has
always been easy for me. That said, I know they’re not for everyone and it’s important to
recognize that being skilled looks differently depending on what industry or career you are
in.

a. Goals are simply big or small ideas or achievements that we strive for in our lives. As a great
teacher, I had once reminded me, “If you don’t shoot for the stars, you can’t hit the moon.”
In other words, if you don’t have goals or they are too easy, you’ll never know or reach what
you’re really capable of.
b. Setting your goals and then reaching just a little bit further has always helped me to push
slowly, but surely myself personally and professionally. I’ve have frequently surprised myself
at how much I can do just be reaching for it.

a. Resilience, in my words, is failing, falling, getting knocked down, but then just getting up
repeatedly and continuing to try for something until you get it. As simple as it seems, I’ve
seen so many people give up and take a first-time failure to mean they can’t do it. It doesn’t
mean that at all, just study and learn from your mistakes, fix them, and try again.
b. In my life, I think of the job searching process. You go on tons of interviews, put in hours
doing applications, getting no answer at all or rejection. It is an awful process and one I think
a lot of employers could manager much better and with more dignity. That said, my ability
to keep applying, despite all of this, has led me to great jobs and working with the most
talented, caring people I know. It also makes that final job offer that much more
worthwhile.

a. Last, but certainly never least, confidence, otherwise known as believing in yourself and
your abilities, can move you forward, even when you feel like other people know more or
are better at something than you. Especially, in job interviews, employers like candidates
who are confident, smiling, and who believe in themselves. To quote one of my favorite
movies of all time, “All I trust becomes my own, I have confidence in confidence alone,
besides which you see I have confidence in me!” (The Sound of Music, 1965)
b. While I know there are people out there that are smarter and know more than I do, I still
believe in my ability and I know I have value as both a person and a professional. To me this
is the essence of confidence and it’s what has given me the ability to speak at conferences,
write books and articles, and teaching classes. We are all great teachers and we have to get
over this idea that only the best can do. I don’t need to be the best, I need to be me and use
what gifts and knowledge I’ve been given to share it with the world, that’s true, but humble
confidence.

Web Design and Development by DivisionX 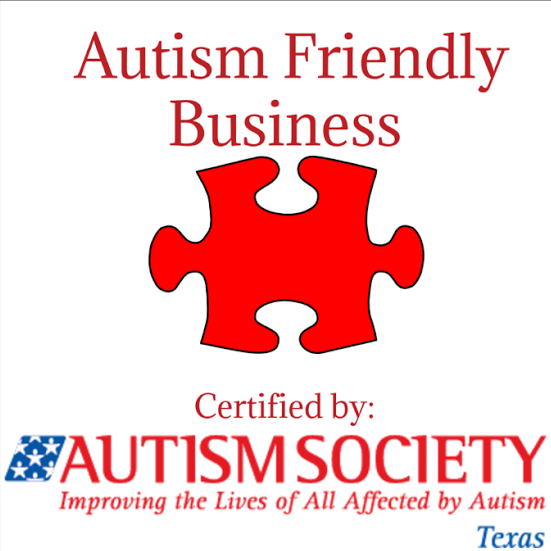